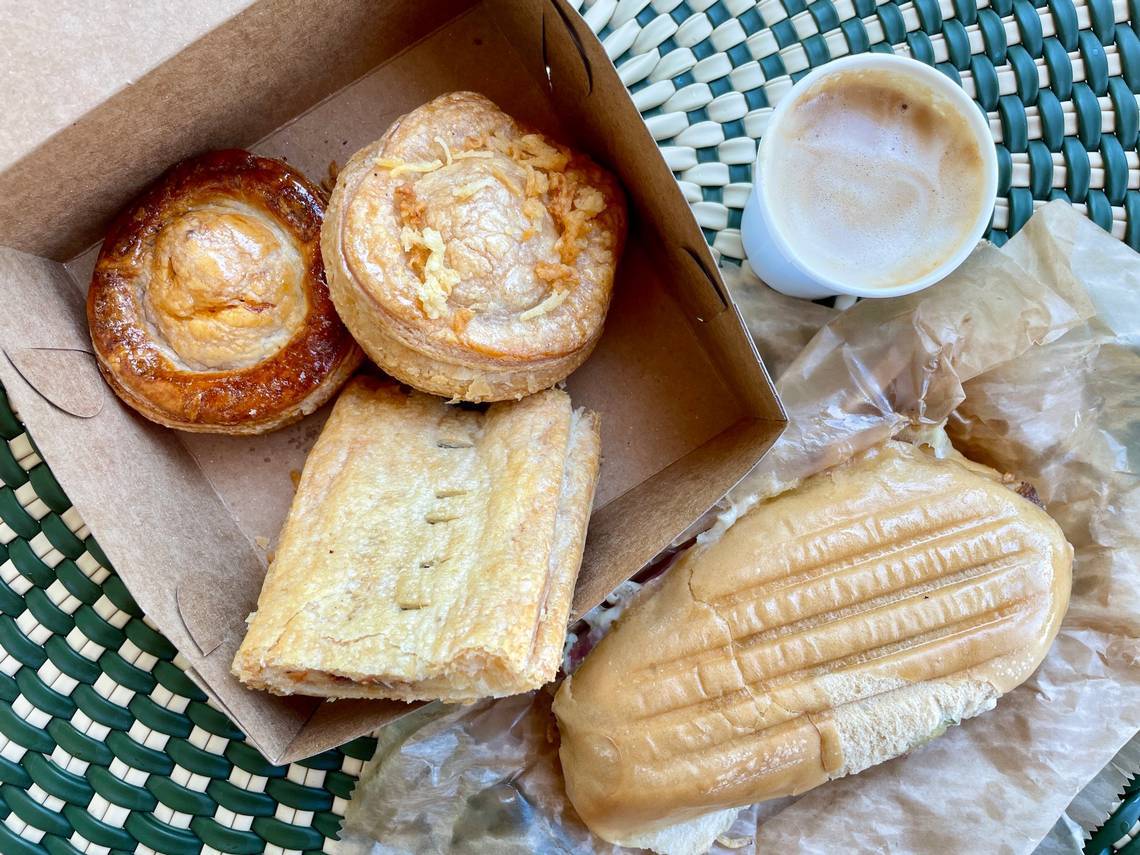 You can read the full online version of the article on the Miami Herald website by clicking here.

Chug’s Diner in Coconut Grove proved Miami was ready for someone to mess with its Cuban food. In 18 short months, chef Michael Beltran, a Cuban American born and raised in Little Havana, put peanut butter and jelly in a pastelito, duck confit in a medianoche sandwich and exposed Miami to maybe its greatest trust exercise: using artisanal roasted coffee for its cortadito. This Cuban-American mashup was a hit — such a hit that the crowds soon overwhelmed a so-called diner that was little more than counter with 11 seats. Chug’s needed to get bigger and now it has. The restaurant closed for a full remodel in November of 2020, expanded into the space next door and will reopen Sept. 8 as a full-fledged restaurant with 70 seats inside. It will continue serving upscale takes on Cuban cuisine, breakfast all day, and a full bar to host night owls as late as 2 a.m on the weekends. And it will feature something new for the area: Coconut Grove’s first Cuban coffee ventanita.

“To me a diner is a place that’s always there for the people of its community,” Beltran said. “Chug’s is Miami’s expression of a diner, its mix of cultures. We’re trying to provide a lot of that under one roof.” At the heart of the restaurant remains its secret sazón: using high-quality ingredients and fine-dining techniques to push the envelope of Cuban cuisine. Twists are in every dish. Masitas de Puerco use Berkshire pork raised for its flavor, cooked sous vide for three days, flash fried and served dripping with mojo and onions. Pastelitos, by Beltran’s partner Gio Fesser (known as Pastelito Papi), are filled with more than guava and cheese, but blueberry, peanut butter and guava, Cuban frita filling, roasted pork and more. The pan con bistec is more like a French dip, served with oxtail jus and horseradish aioli. The buñuelos and flan, as well as a daily selection of pies, cakes, cookies and brownies, are made by one of Miami’s top pastry chefs, Devin Braddock.

And the full bar means Chug’s hopes to be a late-night spot for everyone from the recovering party crowd to the somnambulant college student. The ventanita will have its own menu at a more affordable price for the to-go crowd. It includes a Cuban sandwich, pan con lechon and breakfast sandwiches ($10), colada with Counter Culture coffee ($4) and Pastelito Papi pastelitos ($4 each).

Prices might scare off the uninitiated. Masitas, which might go for $15 at a traditional Cuban spot, sell here for $22. The $6 frita on Calle Ocho at Chug’s is treated to caramelized onions, sofrito ketchup and yuca papitas for $19. The buñuelos include foie gras for $15. But Beltran, whose nearby fine-dining restaurant Ariete turned six, says Chug’s was never intended to replace the traditional Cuban spot — but to complement it for those looking for a different take on a classic. He hopes his track record in the Grove will convince diners to trust him with the food both he and they love. “We’ve gained a lot of trust in the community and hopefully that comes through,” he said. “People know us, they trust us, and they’re excited for us to be back.”